By Michelle E. and Eliel E.

Barca is the best soccer team in the world. Everyone asks how is Barca became so good. Well Barcaelona ended up getting all the players that were very talented. Some names of the very talented players are Lionel Messi, Neymar Jr, and Luis Suarez.Barca also has had good managers to teach the players to efficiently get better at soccer.

On October 22, 1899, Hans Kamper placed an advertisement in a local newspaper claiming his wish to form a football club. Which led to a meeting at the Gimnasio Sole on November 29th. Eleven players attended, led by Joan Gamper,FC Barcelona was created. The club has become a symbol of Catalan culture and Catalanism through the years with the motto “Mes que un club”(more than a club). 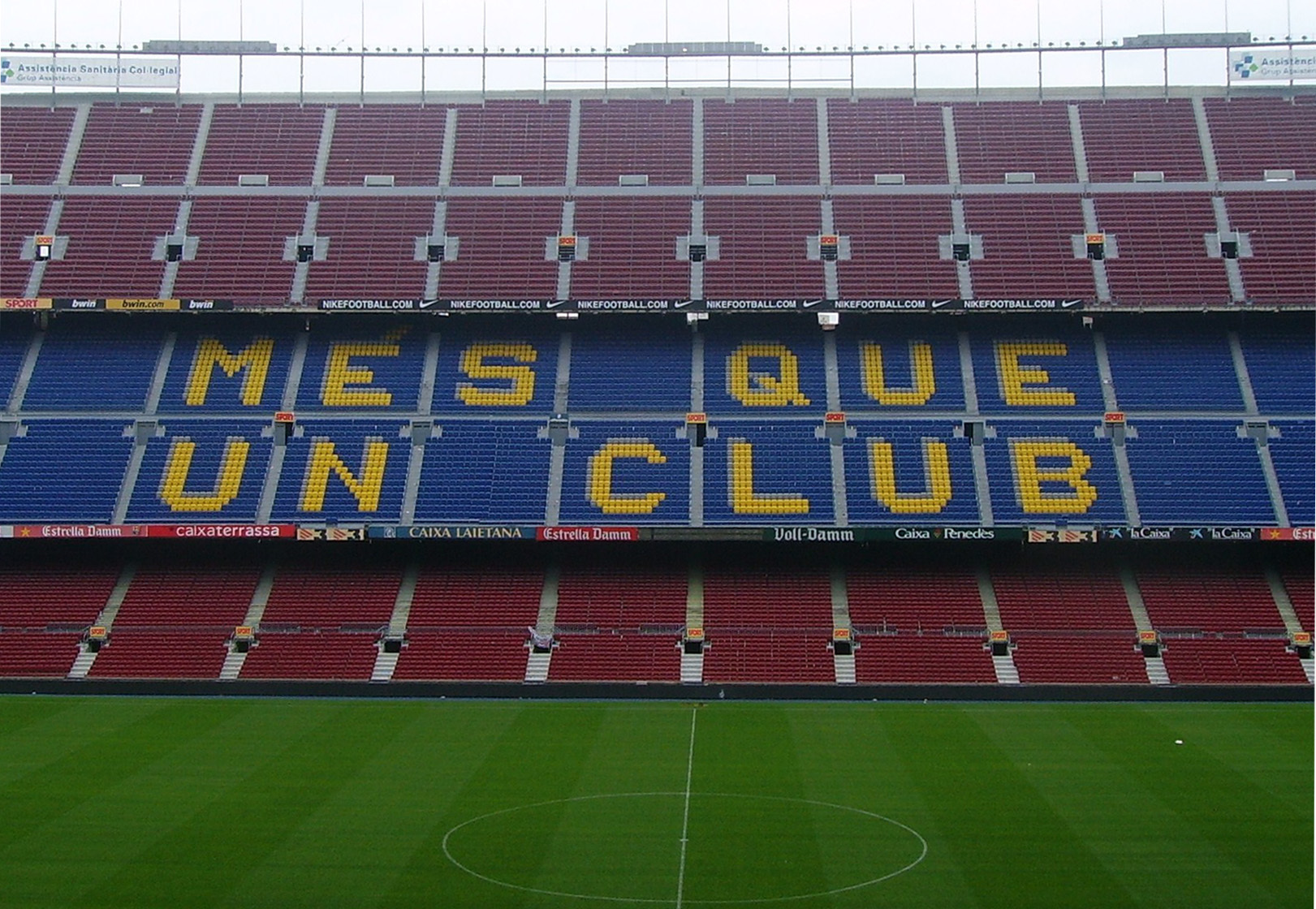 Just like the logo of the soccer team changed by years the uniform also changed by years. The original crest was a quartered diamond-shaped crest topped by the Crown of Aragon and the bat of King james, and surrounded by two branches, one of a laurel tree and the other a palm. The new crest represents the St George cross in the upper-left corner with the Catalan flag beside it, and the team colours at the bottom.